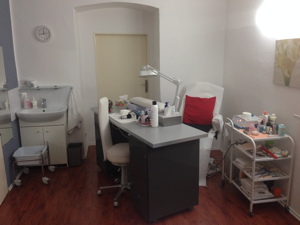 About M&M hair by Mark Phillip

Mark Phillip Gravell followed in the foot steps of a long line of cosmetologists in his family. He spent over a year in Chicago Illinois where he went to Beauty School at Pivot Point Howard Street and qualified as a cosmetologist. Returning to South Africa he continued in his profession, opening up a Beauty School and becoming the supplier for Pivot Point SA in Pretoria South Africa. Pivot Point Beauty School Pretoria. Here he provided education for Revlon on their relaxers for Super Curly (Afro) hair and worked with Black Like Me – and their range of products and education, followed by education for L’Oreal, Goldwell, Schwartzkopf and Redken products.

Opening up his first salon in Menlyn Shopping Mall HAIR MASTERS, later moving away to Natal where he opened a salon and coffee shop in Ballito Bay Natal – Lamontan Hotel – HAIR AFFAIR which was short lived then moved back to Pretoria where he went into a partnership in FRANCES UNISEX Beauty salon where he worked until he made the big move…

And so to Prague

In the 90s Mark sold up and moved to the Czech Republic – Prague, where he opened up his first salon in Vinohrady – hair by MARK PHILLIP, Manesova 47, Prague 2. After 13 years at that address and becoming Prague’s pre-eminent native English speaking hairdresser and winner of the Prague Post’s Hair Salon of the year award (2005), Mark made a fresh start in 2008 by moving over to TIGI BOUTIQUE hair by Mark Phillip, Na Svihance 2, Prague 2, Vinohrady.

In the summer of 2011 Mark married Monika, who had run an established beauty salon for several years. Their combined business, now located at Lužická 27, also in Vinohrady, now offers a wide range of hair and beauty services.